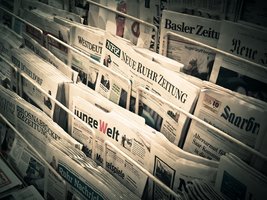 The survey on gender-based violence in 46 universities and research institutions in Europe, which was conducted within the framework of the EU project "UniSAFE" and the results of which were recently published, has attracted enormous media coverage. Numerous leading media reported on the survey, which was carried out by GESIS in close cooperation with Oxford Brookes University and Örebro University. Here is a brief overview of selected media:

From January to May 2022, staff and students from 46 research organisations and universities in Europe participated in the UniSAFE survey addressing gender-based violence in academia. It is the largest survey conducted so far in the European Research Area, with over 42,000 responses.

Since starting at their institution, nearly two in three staff and students responding to the UniSAFE survey have experienced at least one form of gender-based violence.