New blog post: Interview with Dr. Nataliya Reshetova about the situation of democracy and science in Ukraine 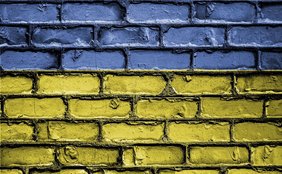 After the fall of the Berlin Wall, Ukraine declared its independence together with other Soviet republics. More than 90 percent of the population confirmed the step towards a nation-state in a referendum on 1 December 1991. For many former Soviet citizens, both Russian and Ukrainian, the final collapse of the Soviet Union meant that overnight they lost their cultural and political affiliation. Many Russians who had lived on the territory of the Ukrainian Republic had become foreigners in their own country from one day to the next. The same happened to many Ukrainians who were now living on Russian territory and no longer on the territory of the Soviet Union. Since 1991, Ukraine, with its historically grown multi-ethnic population structure, has been in search of a role in international politics. This search is culturally characterized by the exploration of independent national identity and the myths that go with it. Politically, it is characterized by a tension between neutrality, Western identity-building, and pragmatic relations with Russia.

In our interview with Nataliya Reshetova, we talk about how democratic structures were established in Ukraine and which factors and guiding ideas have led to the fact that people in Ukraine today fight for their nation and their democracy at the risk of life and limb.