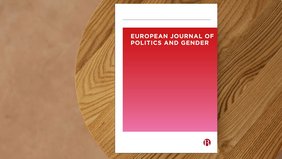 Transgender people in Germany have been discriminated against for decades. The introduction of the so-called ‘Transsexuellen-Gesetz’ (Transsexuals Act) in 1980 allowed transgender individuals to align their first names with their gender identity. However, lengthy expert hearings were necessary for this and transgender individuals were not allowed to marry or, in case they were already married, had to file for divorce; they also had to be incapable of procreation or had to be sterilised, and had to undergo operations to adjust their body image. Some of these conditions for the official change of gender entry have since been overturned by judicial rulings, though there has been no amendment to date. The current federal government made up of the Social Democratic Party of Germany (SPD), Alliance 90/The Greens (Greens) and the Free Democratic Party (FDP) has sought to change this through a new self-determination law that will enable transgender individuals to change their gender record by way of self-disclosure at registry offices (Bundesministeriums für Familie, Senioren, Frauen und Jugend (BMFSFJ), 2022; Lesben- und Schwulenverband, 2022).

This contribution aims to explain how this law is perceived by the population and which factors have an influence on its perception.