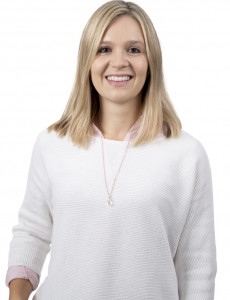 Klara Dentler holds a bachelor’s degree in political science and business administration, and a master’s degree in political science both from the University of Mannheim. During her Bachelor’s studies, Klara visited the Department of Political Science at Sheffield University, United Kingdom. Since September 2019, Klara is working at GESIS (in Mannheim) and the CSES project as a Research and Data Processing Specialist in conjunction with pursuing a PhD at the GESS (University of Mannheim). Besides her work, Klara is very engaged in voluntary services and politics. Further, Klara gained a broad experience in the field of comparative politics and survey methodology during her research assistant positions at GESIS distributed from 2017 to 2019.

As a research and data processing specialist, Klara is responsible for the following tasks in the Comarative Study of Electoral Systems (CSES) project: Reviews & cleans/harmonizes data for comparative use, collects and collates district, macro & contextual data, reconciles against other data sources, devises the CSES codebook, maintains the CSES website, provides support to the CSES Planning Committee and national collaborators, monitors uses of data and acts on issues reported by users, does cross-national comparisons and organizes plenary meetings & conferences.

In her master’s thesis, Klara examined the influence of people’s satisfaction with the political system and its combined effects with economic voting on vote choice. She differentiated between voting for the incumbent government, populist and extremist parties. Klara is especially interested in comparative politics with a focus on voting behavior, for instance economic voting, and political attitudes.