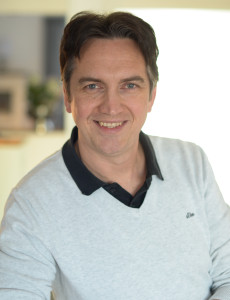 Holger Heuser completed his apprenticeship as advertising and media designer (IHK) in agency of Carlhanns Damm, at this time Chairman of the Board at Electrolux Germany and renowned marketing expert. Damm was consulting numerous clients with his company, e. g. Davidoff, Continental Airlines, Hassia and the “Energieversorgung Mittelrhein”, a local energy supplier.

Upon successful completion with honors Holger Heuser worked as a freelance designer and consulter for advertising agencies, digital printers and numerous customers from the small business sector. He advised in questions about design and online marketing, as well as traditional forms of advertising and implemented the jointly developed concepts in the finished campaign. Also technical infrastructure, such as the integration of heterogeneous operating systems in agency life were developed and installed by him. For the music photographer Guido Karp he retouched concert photos of well-known national and international artists.

In March 2006 he completed his studies of the computer visualisitcs. During his studies, he continued his activities as a freelance designer and gained further professional experience in the field of advertising and marketing.

Between March 2006 and June 2007, he was a research assistant in the project "Graphical Knowledge Communication" at the University of Koblenz-Landau. In the research group of Prof. Jürgen Krause, he was working in the field of software ergonomics, usability and information retrieval. When teaching, he offered exercises, seminars and lectures for students from these areas.

After completion of the third party project, he moved GESIS in 2007. As Deputy Head of Communications he is responsible for technology and design of the website, for the corporate design of the institute and for the Webcontrolling.