This is the QuestionLink page for the harmonized construct "Political Interest".

On this page, you will find:

You can also download the political interest construct report with detailled information on the construct definition, the datasets we used, and the variable names by instrument, survey, and wave.

We selected instruments for poltical interest via the definition commonly used by surveys in the social sciences: Political interest is the subjective strength of a general interest in politics; That is a tendency to pay atttention to poltical events, developments, media content, informations, and knowledge. The question wording usually stresses a general, stable disposition instead of a time sensitive state. 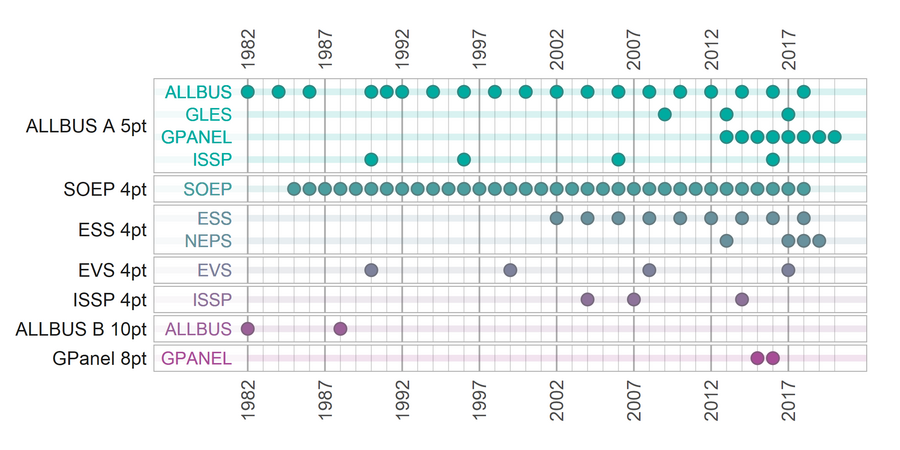 Measurement instruments are named by the following scheme:

The measurement instrument ESS 4pt, in contrast is the only instrument first used in the ESS. Thus it has no additional letter.

Here are the seven measurement instruments for political interest, which were harmonized using the QuestionLink Engine.

We are steadily improving QuestionLink. This means that we will upload revised versions of the recoding documents from time to time. By clicking "use as reference instrument", you always download the most recent version. Below you find links with which you can view and download all past document versions. If you have previously downloaded a document, you can match the versions via the date displayed top and right in your recoding document. Revisions are limited to visual and language aspects. When we update the recoding tables themselves, we will report that specifically.