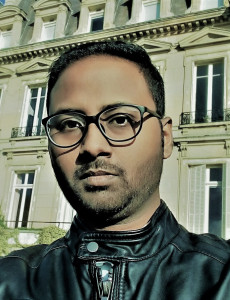 Dr. Saurav Karmakar has joined the FAIR Data and Human Information Interaction Team in the Department of Knowledge Technologies for the Social Sciences at GESIS as a Senior Research Fellow. He works in the research direction of information extraction, machine learning, knowlegegraph and natural language processing.

Dr. Karmakar received his PhD in Computer Science from Georgia State University, Atlanta, Georgia, USA in 2011. After 2011, he worked first as a research scientist and then as a senior research scientist in a U.S.-funded, research-oriented company for data reasoning government agency. He then joined Boeing's Projects in Redmond, WA as a Senior Data Architect. He later served as Chief Research Engineer at the Samsung R&D Institute in Bangalore, India, and became Director and Head of R&D at a media campaign and intelligence company headquartered in the UK. Prior to joining the National University of Ireland Galway as a postdoctoral researcher, he was Head of Research and Engineering at an emerging technology company and also worked with start-ups in the role of Head of Analytics. Most recently, he was a Senior Research Fellow at the Data Science Institute, Insight Centre for Data Analytics in Galway, Ireland, and at the same time he is still an Adjunct Faculty at the National University of Ireland, Galway.

In his many years of experience, he has worked in many directions of research and development, and natural language processing and grounding, machine learning, data analytics, big data practice, data engineering and the Internet of Things are just a few worth mentioning. During his rise as head of research, he from time to time gave lectures and presentations in the corporate environment on important research and technical topics. His formal teaching experience goes back to his PhD and MS curriculum at Georgia State University in Atlanta, Georgia, USA, while he started with elementary statistics, computers and applications and then taught computer programming principles, data structures and operating systems. The latter two courses were attended by both Bachelor's and Master's students; He was responsible for the design of study materials, term papers, examinations and projects for the implementation of lectures, the design of term papers and examinations as well as projects and their corresponding grading. During this time, he also received the "Best Teaching" award from Georgia State University's Department of Computer Science, as well as the "Best Research" award and the prestigious "Student Leader of the Year 2011" award from Georgia State University.