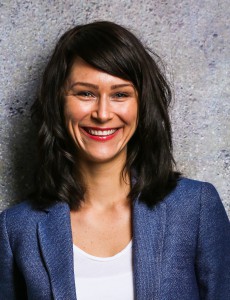 Claudia Wagner is a full professor (W3) for Applied Computational Social Sciences at RWTH Aachen University and the Scientiﬁc Director of the department Computational Social Science at GESIS - Leibniz Institute for the Social Sciences. Before that, she was a W1 professor for Data Science at the University Koblenz-Landau and the team lead of team Data Science at GESIS that investigates social phenomena in offline and online social networks and social media. Wagner received her Ph.D. from the Graz University of Technology in 2013. Before that, she conducted several international research internships, among others at HP labs (Social Computation Lab), Xerox PARC (Augmented Social Cognition Lab), and the Open University (Knowledge Media Institute). To date, she has been awarded substantial research funding either as a PI or co-PI, was awarded a DOC-fFORTE fellowship from the Austrian Academy of Sciences, and received four best paper awards at international conferences (SocialCom 2012, ICWSM 2014, WebSci 2015, and ESWC 2010). She has published full papers in top tier conferences (e.g., WWW, ICWSM, Web Science) and high-impact journals (e.g., IEEE Intelligent System Journal, EPJ Data Science).

Wagner's main research interests include (i) methodological challenges that arise when using digital trace data to build models of human behavior and attitudes and (ii) the impact of the digitalization on society. How are algorithms impacting our decision-making process? Under which conditions are minorities put at a disadvantage on digital platforms? And how are minorities presented and perceived online? These and similar questions are investigated in Wagner's work.