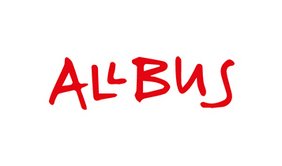 The ALLBUS Study Coordination Group has selected this year's winners of the ALLBUS Award. The prize goes to a team of researchers from the Universities of Braunschweig, Cologne and Humbold University Berlin: Christian Ebner, Michael Kühhirt and Philipp Lersch. Their paper "Cohort changes in the level and dispersion of gender ideology after German reunification. Results from a natural experiment" tests the hypothesis that increasing prosperity in a society is accompanied by a spread of egalitarian gender roles. To this end, German reunification is used as a natural experiment to examine its effects on the gender roles of different birth cohorts. Since the German Democratic Republic (GDR) actively promoted women's employment and spread egalitarian ideologies, gender roles were expected to be strengthened upon reunification in subsequent years. In fact, however, it appears that East German cohorts socialized after reunification have less egalitarian attitudes toward gender roles. Consequently, there is an alignment between younger cohorts in both parts of the country.

The award was presented at the ALLBUS Meet-the-Expert event on July 18, 2022. The laudation was held by Prof Dr. Andreas Hadjar on behalf of ALLBUS KG.

GESIS congratulates the authors on the successful publication and the award!